[UPDATE] Download GCam Go With HDR+ for all Android phones

Last year Google introduced Android Go with Android 10 as it has the ability to work on weak processors. Google has also developed a Google Camera application called Google Camera Go or Gcam Go with a version for weak phones, this application also works on phones with weak processors in the economic category. It works without problems even though it lacks all the features of the original Gcam app for Pixel phones. let's familiarize yourself with the Google Camera Go version and download link for all weak Android phones. 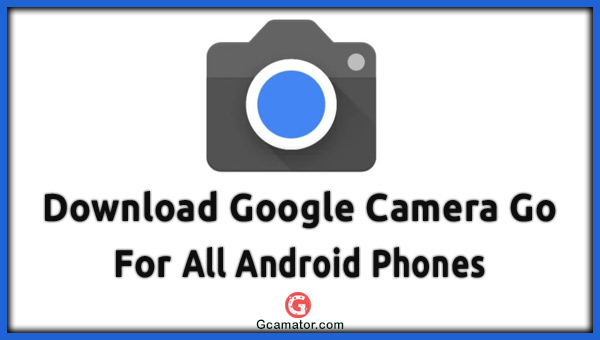 We already have a dedicated version of Google Camera from many developers for many Android phones. However, Google Camera app only supports flagship phones or advanced processors similar to Pixel phones. This creates an issue for economy class phones and even some middle class phones. Although the original Google Camera does not work on phones other than Pixel, there is a large group of developers behind the unofficial Gcam release. But due to the limited Camera2 API feature, Gcam versions will only work on high-end smartphones with processors like Qualcomm Snapdragon 865, 855, 845, etc.; in some cases even Snapdragon 700 and 600 series processors.

As for the weak and medium Android phone, Gcam ports will not work mostly along Google Camera app. This can be solved with Go Android. Camera Go comes pre-installed on Nokia 1.3. It has a fair amount of functionality and settings compared to Pixel 4 camera app. Google Camera Go interface is minimalistic with 4 options including camera (for photos), video, photo and translation. Settings are also a little overlay dialog with flash, timer, and face optimizer switching. 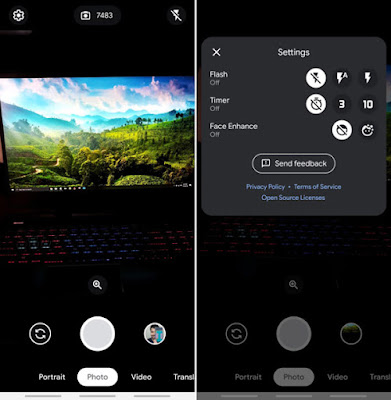 However, it still lacks some critical features like Night Sight and hence the astronomical mode. Regardless, Google Camera Go is worth a shot. Most importantly, it does not require Camera 2 API in Google Camera 7. The goal of Android (Go Edition) is to deliver mobile power to 100 million + active users worldwide. Android Arpit Midha's chief product manager explains how it works:

The best part is that it runs flawlessly on Samsung Exynos processors. So for users who have difficulty running Google Camera on their Samsung phones with Exynos processors, they can compromise with Google Camera Go. Samsung Galaxy S10e / S10 / S10 +, Note 10, Galaxy S8 series, and S9 series. Our guess is that Camera Go APK should work on almost all Android devices from all manufacturers.

Google Camera Go works flawlessly with most Android devices. So you don't necessarily need a specific Gcam version. This is the version of Gcam Go! Simply download it to your phone, install and run the app.

You can download theGoogle Camera Go version from this following links:

Note: For the Google Drive link, download to the browser, move it to device storage, and install. Or, you may encounter a loading error. Instead, use another download link.

Here is the first mod Google Camera Go APK to download. Thanks to the developer "Parrot043". It has all the features from previous versions along with some new releases such as HDR mode switching and some bug fixes for stability and compatibility. However, being the first ever moded, not all features are stable.

For any other question, problem or application request, put it in the comments section below.
post Ad 02