What is Gcam Tool App? And How it Work?

What is Gcam Tool application And how it works? GCam Tool automatically moves photos taken with Google Camera to the folder of your choice, even on the memory card. This can prevent flipping selfies so that the photo from the front camera is saved exactly as you see in the preview. 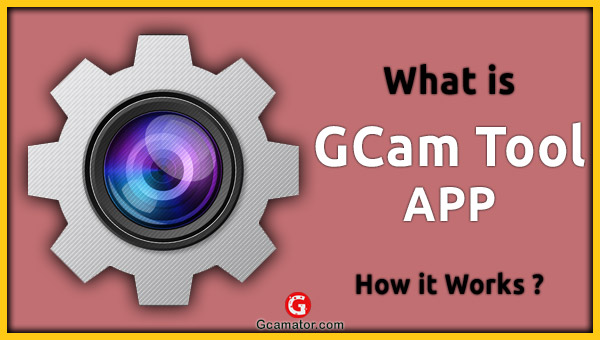 It also automatically moves portraits in Google Camera format to the correct location in the gallery. Here's how it works:

When you take a portrait photo (with a DSLR, blurred background) with the Google camera, the photo is taken in burst mode - a normal photo and a blurred photo. These photos are saved to a new folder (created each time you take a photo) in your photo gallery.

GCam Tool simply moves the desired photos (normal, portrait or both) to the location of your choice and deletes the rest.

After taking a photo from the front camera, check it in a third-party application, such as QuickPic or Piktures. The Google Camera gallery can sometimes be slow to refresh the returned image. But in reality, the image must be returned correctly.

Why is GCam Tool stopped / stopped by itself?

Some phones aggressively kill background apps to conserve battery life. Visit www.dontkillmyapp.com for how to ensure that GCam Tool is not killed by the system.

Photos are not moved even if the options are activated

This could still be a case of the gallery in the Google Camera app not refreshing the photos properly. Once you've taken a selfie, check it in a third-party file manager (Solid Explorer, ES File Explorer) or in a gallery (QuickPic, Piktures). They must be moved.

Ok, I checked with the third party gallery and I can confirm that it is still not moving
Some modified Google Camera applications save portraits in DCIM / Camera format instead of creating a sub-folder in DCIM / Camera. Open Google Camera, search for Settings -> Advanced -> Save all portrait images in the same folder and deactivate it.

I only need to save a portrait photo (blurred bokeh in the background). Which setting should I choose?

It is a proprietary format developed by Google in which a video is integrated into a photo. Moving moving pictures to the target folder should not be a problem, but if you enable the "Prevent flipping of moving pictures" option, they will be converted to normal JPEG files and will therefore lose the embedded video.

What is the difference between automatic and manual configuration?

No problem. Please send me an email at support@apptuners.com. I like to work with my users to solve their problems.

Disclaimer: Google Camera is the property of Google LLC. This application is in no way connected to Google or Google Camera. It is an independently developed tool that can be used to organize photos taken with Google Camera.
post Ad 02